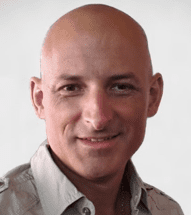 Of American nationality, born in Memphis Tennessee, with residence in Argentina and Brazil, Max is founder and CEO of WisePlant HQ. He is an electronics engineer with specialization in control and telecommunications systems and has developed his professional career in South America with more than 20 years of experience in industrial systems and critical systems in all types of industries including oil, gas, energy, food, pharmaceutical, chemical, petrochemical, water, paper, metallurgy, mining, smart buildings and others.

He joined the ISA99 Industrial Cybersecurity Committee in the 2006 year. Today with almost 1000 professional committee members at that time I had only 30 professionals. Max has been accompanying the development of the IEC-62443 series of standards since then having participated in multiple working groups and ISA Secure. He has collaborated with ISA Training in the creation and development of the professional training and certification program and is currently the official instructor of the program especially for the Spanish and Portuguese speaking markets. Although he also occasionally develops training courses in English.

Max began his career in Foxboro's engineering department as part of the project teams for the implementation of DCS Distributed Control Systems and SIS Safety Instrumented Systems in large plants. After 5 years he switched to SCADA systems to develop as a product manager for Intellution (now GE Proficy). He was the main responsible for the creation of ILA Group, in which he remained for almost 8 years as Regional Manager, having participated in the most important automation projects in the region. Before creating WisePlant, he was also general manager of Argentina for Yokogawa América Do Sul for about 5 years.

Max has acquired the following digital badges since its inception in WiseGroup.

To develop secure and encrypted communications with Maximillian Kon, they must exchange their respective public keys. If you wish to verify your public security key, check the match with the following ID and fingerprint.

Pressing the button will take you to a form to schedule an online meeting with Max. Since COVID-19, we have implemented a system so that we can attend to needs and queries in a much more dynamic and simple way.